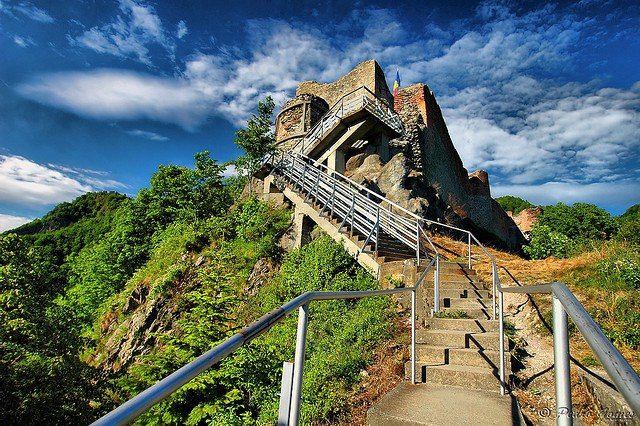 The ruins of Poenari are part of a
larger complex of structures called the “Royal Court of Tirgoviste.”
Within this complex is a structure called “Chindia tower,” built by Vlad
Tepes as a watchtower and is sometimes referred to as Vlad’s “Palace.”
The structure was restored and given an extra story in the 19th century.
It houses an impressive collection of historical information on Vlad
Tepes. Tirgoviste is significant in that when Vlad became Voivode of
Wallachia, he established it as his capital. There is a large bust of
Vlad in the city of Tirgoviste, not far from the palace ruins.