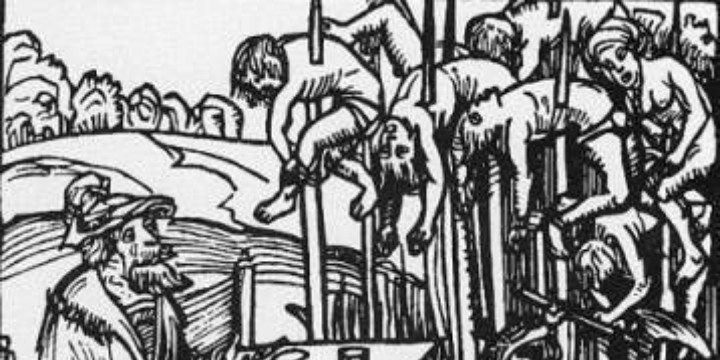 Dracula once noticed a man working in the fields while wearing a too short caftan. The prince stopped and asked the man whether or not he had a wife. When the man answered in the affirmative Dracula had the woman brought before him and asked her how she spent her days. The poor, frightened woman stated that she spent her days washing, baking and sewing. The prince pointed out her husband’s short caftan as evidence of her laziness and dishonesty and ordered her impaled despite her husband’s protestations that he was well satisfied with his wife. Dracula then ordered another woman to marry the peasant but admonished her to work hard or she would suffer her predecessor’s fate.