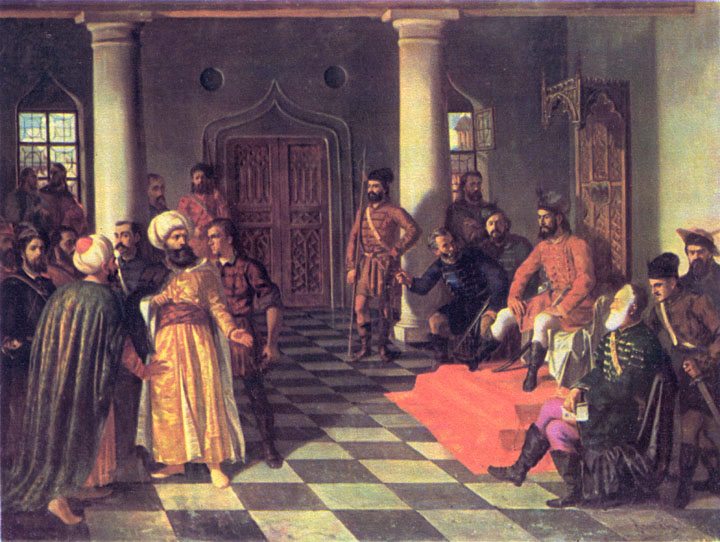 Benedict de Boithor, a Polish nobleman in the service of the King of Hungary, visited Dracula at Tirgoviste in September of 1458. At dinner one evening Dracula ordered a golden spear brought and set up directly in from of the royal envoy. Dracula then asked the envoy why he thought this spear had been set up. Benedict replied that he imagined that some boyar had offended the prince and that Dracula intended to honor him.

Dracula then responded that he had, in fact, had the spear set up in honor of his noble, Polish guest. The Pole then responded that had he done anything to deserve death that Dracula should do as he thought best. He further asserted that in that case Dracula would not be responsible for his death, rather he would be responsible for his own death for incurring the displeasure of the prince.

Dracula was greatly pleased by this answer and showered the man with gifts while declaring that had he answered in any other manner he would have been immediately impaled.